They're consuming digital content in a big way, only differently than younger generations — and they have deeper pockets. 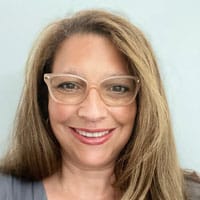 You’ve heard it so much, it’s practically a meme: The baby boomer who’s always asking her grandkids to fix her smart phone or help her connect to Wi-Fi. But, while it’s certainly true that millennials, GenZers and the emerging Gen Alpha are “digital natives” whose intuitive understanding of digital media can seem almost mystical to their older relatives and friends, it’s a mistake to discount the importance of digital media for communicating — and marketing — effectively to older cohorts.

After all, between them, boomers and GenXers control nearly 87% of the nation’s wealth. And GenX, though often neglected because of being sandwiched between boomers and millennials, gained some $13 trillion in assets during the 15 months beginning in April 2020.

If you’re trying to get your message presented effectively to these older demographics, however, it’s vital to understand the differences in how boomers and GenXers consume digital content — especially video.

Why video? According to a 2021 survey conducted by marketing firm Renderforest, 78% of marketers noticed increased traffic on their websites after adding video content. Not only that, but:

And as suggested above, it’s a mistake to assume that boomers and Gen-Xers aren’t among those watching. According to a Google/Ipsos study, more than half of boomers watch online videos, with YouTube reported as the favorite platform (an average of 3,600 boomers Google the term “YouTube” every minute of every day). As for GenX, they’re logging about 1.5 billion YouTube views daily.

What sort of video content are those in these potentially profitable demographics looking for? And where are they going to find it?

GenX: The urge to connect

According to media research, GenXers have a propensity for nostalgia and they use YouTube to scratch that itch. The Google/Ipsos survey indicates that 75% of them search for and view videos on YouTube in order to reconnect with past events and people. They’re especially interested in:

GenXers also report using YouTube to stay in touch with current events. After all, these are the kids who came of age with MTV and “Survivor.” This is also significant because this age group, while currently reaching their peak earning years, is also balancing careers with children, many of whom are entering college. They’re at a busy and important time of life and accessing video online is one way they negotiate the tension between their need to know and the many demands on their time.

Additional Reading: Why Are Advisors Still Making the Same Mistakes?

If you’re marketing to GenXers, you also need to know that 64% of them report buying a product or using a service after watching an explanatory video.

Baby boomers: The urge to know

Despite their often-assumed unfamiliarity with digital media, boomers are 1.3 times more likely to prefer watching a YouTube tutorial over reading printed instructions. About a third of boomers use YouTube to learn more about products or services they’re interested in. And,  maybe most important, people in this age range account for more than 50% of all consumer spending in the U.S. and are expected to do so until 2025 and beyond. You don’t want to ignore them in your video outreach.

Videos that offer information on issues of most concern to boomers — paying for retirement, getting rid of debt, Medicare/medigap information, and other concerns shared by those nearing or in their 60s and 70s — are more likely to capture attention. And savvy marketers should also consider adding captions to their video content, because many boomers like to view video content “on the go” and captioning allows the content to make sense even if a smart phone or tablet device is muted.

Boomers are three times more likely to pay attention to a YouTube ad than a television ad and twice as likely to notice a Facebook or Instagram ad as compared to traditional television advertising. An astonishing 92% of baby boomers prefer online shopping, and this demographic places a premium on saving time and money. But that doesn’t mean they haven’t taken the time to do their research; nearly half will research recommendations, reviews and a vendor’s website before making a purchase decision.

If you’re interested in reaching and connecting with GenXers and baby boomers, keeping these principles in mind will put you miles ahead. Your potential clients in their 50s, 60s and 70s have priorities distinctly different from other generations and that has important implications for their interest in and use of online video content.

By spending a little more time in design and delivering content in the places where they’re already searching for it, you can increase your impact and coverage of these vital and influential generational cohorts.

Gretchen Halpin is co-founder of Beyond AUM, a growth, marketing and technology agency that specializes in serving financial advisory firms. A strategic visionary with over 25 years of leadership and marketing experience, including a history of starting and growing successful companies, Halpin pioneers the strategy and growth initiatives that drive success across every aspect of business while ensuring that decisions are aligned with her clients’ overall mission.