Paul McCartney at 80: What We Can Learn

The former Beatle is rocking in a new decade with purpose and a healthy perspective on aging that advisors and clients can aspire to. 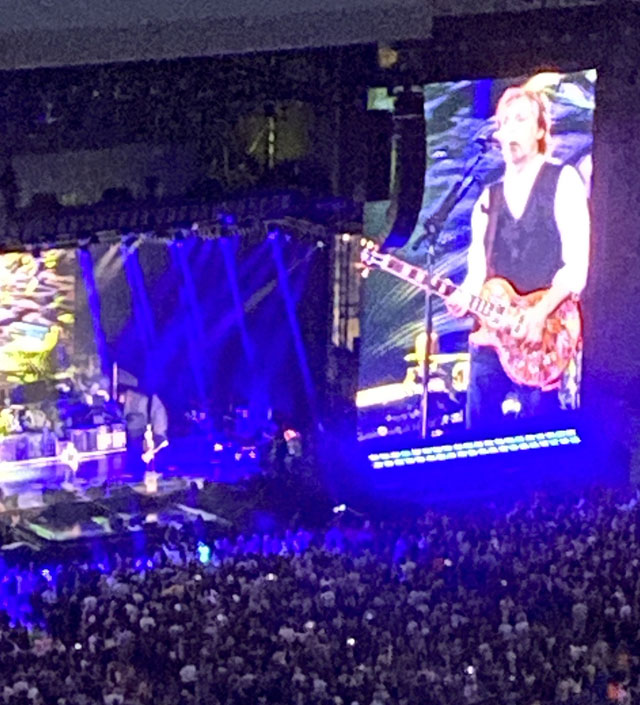 Age is clearly just a number for Sir James Paul McCartney who wrapped up his seven-week, 13-city “Got Back” tour on June 16, two days before his 80th birthday. No matter where you and your clients are in the circle of life, you can learn a lot from the vocalist-songwriter-composer who landed his first gig 65 years ago. 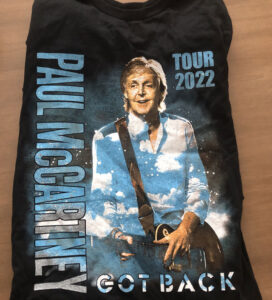 I attended the sixteenth and final concert of this U.S. tour, at MetLife Stadium in East Rutherford, N.J., and the energy was intense. McCartney and his band of 60- and 70-something musicians entertained the crowd for three hours, along with unannounced guests and fireworks. But to me, the concert went beyond the music and showmanship: It was a testament to what the second half of life can look like for more of us.

I’m not talking about extraordinary talent, fame and fortune — although this could presumably make the retirement years easier for healthy individuals. More important, McCartney is living a life with purpose, doing something he truly appears to enjoy, and staying mentally and physically active. These are topics Rethinking65 covers frequently for advisors eager to help improve their clients’ lives in the retirement years. 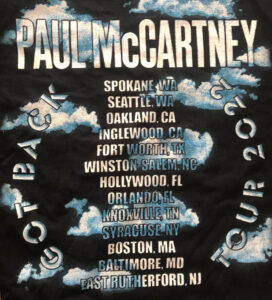 McCartney has plenty of company on the older-musician circuit. Mick Jagger, 78, recently had to cancel a concert in Amsterdam because he tested positive for COVID. Bruce Springsteen, 72, found success several years ago on Broadway and recently announced a 23-concert international tour for 2023. [Advisor Elizabeth Jetton, a former president of the Financial Planning Association, mentioned both Jagger and Springsteen in a Q&A with Rethinking65.] And those are just a couple of examples of long-time musicians who are touring again after a COVID-19 hiatus.

I was actually thinking about Springsteen’s longevity as a performer when “The Boss” suddenly surprised the audience by joining McCartney on stage to wish him a Happy 80th Birthday. They played and sang a couple of songs together, including Springsteen’s iconic “Glory Days” and the Beatles hit “I Wanna Be Your Man.” Springsteen later returned to the stage during the encores.

A second New Jersey rocker, Jon Bon Jovi, 60, also surprised the audience by delivering balloons and leading them in a round of “Happy Birthday to You” for McCartney.  Afterward, McCartney launched into the Beatles song “Birthday,” which he said was for anyone else also celebrating a birthday. You can watch the Springsteen and birthday performances here.

Watching McCartney perform — as he alternated between bass guitar, piano and even a ukulele that he said former Beatles bandmate George Harrison had given him – was uplifting and inspiring. Just a couple of days before the concert, I had wrapped up an article on dementia, with its sobering statistics.

And let’s face it: Most people don’t take care of their physical and cognitive health as well as they could. So, it’s great to see someone who isn’t using advanced age as an excuse to be sedentary and unengaged with the world around them.

Here are some takeaways I got from listening to McCartney speak and perform, and from observing the venue in general.

Find Something You’re Passionate About

Few people have the vocal-chord and musical ability, stamina, charisma and connections to perform before a crowd of 60,000, but it’s never too late to pick up an old hobby or find a new one. It could be karaoke, pickleball, a book club, volunteering or anything else that stimulates the mind and helps forge relationships. McCartney is also a poet and painter.

Financial advisor John Comer is a big advocate of helping clients find a new path in retirement. “Although there is nothing wrong with playing golf or watching a little TV, 30 or 40 years is a long time to play golf or watch television all day,” he wrote in a column for Rethinking65. “I do not consider a retirement successful unless it is fulfilling psychologically and emotionally as well as financially. Neither do psychologists and gerontologists.”

I noticed some people enter the stadium in wheelchairs and with canes, and I also saw many children and young adults. During the performance, I observed a wide mix of ages singing along. McCartney has found a way to touch multiple generations through his music, with the help of parents and grandparents who’ve shared his songs.

I wondered how many audience members had seen McCartney perform during the Beatles’ first North American tour in 1964. One gentleman in the second half of life held up a sign indicating that it was his 130th time.

The takeaways for advisors? Ask your clients where they want to live during their later years — 55-and-over communities have some plusses but aren’t for everyone. Also listen to what clients say about their families and make an effort to connect with their adult children. Everyone benefits from multigenerational relationships.

Look Backward but Also Forward — and Be Present

It was James Taylor, 74, (also touring this year), who wrote, “The secret of life is enjoying the passage of time,” in his song “Secret O’ Life.” McCartney seems to be enjoying it, too. Videos played during the concert included candid footage of the Beatles when they were young. And while he said people really likes the old songs, he insisted he’d be play new songs as well.

After singing, “Maybe I’m Amazed,” McCartney asked the audience, “Where does the time go?” (a question he often asks when closing out this song.) But he also proudly said that the baby snuggled inside his jacket in one of the images displayed, his daughter Mary, now has four kids of her own.

I don’t have a clue what McCartney eats, or Springsteen either (though a quick Internet search would likely provide some answers). And I was sitting too far from the stage to even notice if they had water bottles. But it’s unlike they indulge mainly in carbohydrates and they’re clearly not couch potatoes. Even if they had terrible diets, they couldn’t get up and move around the stage so readily if they weren’t exercising on a regular basis.

Inertia and other bad habits wreak havoc on people who inherit even the best of genes. Consider sponsoring a healthy cooking class for clients, either virtually or in person. Ask a client to take a walk. There are a lot of things advisors can be doing to help themselves and their clients.

Be a Good Storyteller

McCartney has perfected the art of storytelling, making it part of concerts. That’s part of what makes him so endearing to his audience. Other famous older singers/musicians I’ve seen in concert do the same, including Springsteen, Nick Lowe, Roger McGuinn of the Byrds, John Sebastian of The Lovin’ Spoonful, and the late Glenn Fry of The Eagles.

People who are relatable are easier to confide in. That’s an important trait for advisors to cultivate if they want to develop meaningful relationships with clients.

Still, you don’t want to tell clients everything, advisor Peter Tedstrom of Tedstrom Wealth Advisors noted in a recent Rethinking65 article. “You know, there’s some things that are for life partners or other family members.”

McCartney spoke about the importance of appreciating people and telling them how you feel when you have the opportunity (which he mentioned in reference to John Lennon). He also performed and spoke about how the civil rights unrest in the U.S. South in the 1960s inspired “Blackbird.”

In an encore, he sang “I’ve Got a Feeling,” with John Lennon joining him in a virtual duet, and waived the Ukrainian flag. The band also waived the rainbow pride flag on stage in support of the LGBTQ community.

Don’t Take Yourself Too Seriously

McCartney, who easily strode multiple times between the front of the stage and his piano, slipped or tripped late in the show. The rain that briefly and memorably let loose over the stadium during the fireworks display that accompanied his performance of “Live and Let Die” may have made the stage slippery. McCartney quickly caught his balance [another benefit of staying fit] and then gave the audience a comedic leg kick. No, he didn’t let this stumble intimidate or define him.

Other reminders to this last takeaway are found in the lyrics of two other songs McCartney sang during the concert: “Let It Be” and “Ob-La-Di, Ob-La-Da.”

Jerilyn Klein is editorial director of Rethinking65. How are you helping your clients find purpose in the second half of life? Email us.